Have you ever been to a meeting like any of these?

Consider the Wisdom of a Guy, a Spotlight, and a Broom

When I was a kid, my parents took me to see the Ringling Brothers Barnum & Bailey Circus. My dad said that this was the last year they were going to be performing in tents, and he wanted me to experience that. The following season, the circus performed only in large indoor arenas.

Imagine an enormous tent with three rings—and a wide-eyed ten-year-old trying to take it all in. Acts moved in and out of the rings, so there was always something happening somewhere. Often, all three rings were filled with jugglers, trapeze artists, wild animal acts, or clowns. Well, it was literally a three-ring circus! And it seemed like the circus band played almost constantly. I was enthralled and then kinda overwhelmed. Lots of things were vying to grab my attention.

And then something happened. All three rings were empty – and no music. There was nothing going on.

A sad-looking clown walked out into the center ring carrying a broom. There was a spotlight shining down on the sawdust floor. His purpose was to find a way to get rid of that light shining on the floor. Sometimes he could move it with the broom. Sometimes he could make it smaller, but until the final moments of his routine, he was unable make the spotlight disappear.

He didn’t juggle. He didn’t tame wild animals. He didn’t dance. He didn’t ride an elephant. All he did was try to sweep up that spotlight with a broom. And he held the attention of this rather hyper ten-year-old the entire time.

And, decades later, what I remember vividly about that night was that clown. His name was Emmett Kelly. (You can see versions of that performance on YouTube. Just search on his name.)

I think we all could learn from Emmett Kelly. (You knew I was going to try to tie this story to our work, didn’t you?)

Too often, I have attended events in organizations where there was just too much going on. And it was hard to tell what we were supposed to be paying attention to. Lots of good stuff, or potentially good stuff, but it was overwhelming.

I’ll give you a personal example. When my book Beyond the Wall of Resistance was published in 1996, I was invited to make a sixty-minute presentation at a human resources conference. I was excited. I was going to relate ideas that I had come up with to people who probably shared some similar values.

At the end of my presentation, a guy walked up to the stage and asked if he could give me some feedback. (By the way, when someone asks if they can give you feedback, they are never planning on giving you a compliment.) Of course, I said yes. It turned out that his feedback was invaluable.

He said that he thought I probably had good things to say, but since I covered so much in that hour, he got lost and then distracted. I had been thinking that this might be the only time I would ever meet these folks, so I wanted to give them every major point in my new book. Really, that is what I was thinking.

He went on to say that he would have found it more helpful to hear just one or two things that I thought might be useful for that audience.

I try to remember his advice whenever someone invites me to give a presentation. And I do my best to imagine that Emmett Kelly is advising me on what to include and what to leave for another day.

I’d love to hear what you do to keep everyone’s focus on the spotlight and the broom. Please leave your thoughts in the comments section below. Thanks. 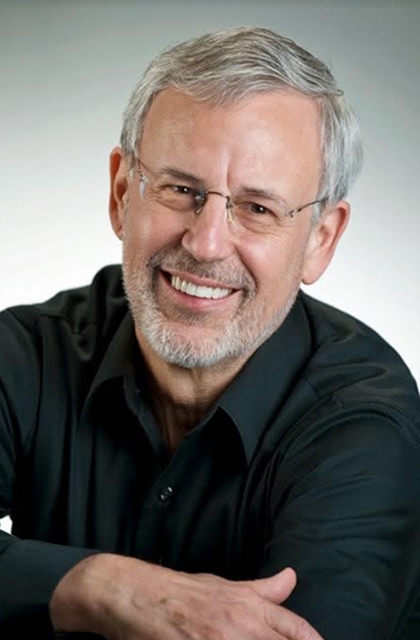 Author, Speaker, and Advisor on Building Strong Support for Change

Rick works with leaders who see big changes and projects as opportunities to engage people in the changes that will affect them. These leaders know that change can actually boost morale and commitment to the organization and to the work.

Let’s Have a Conversation!

If you find my work is a good fit for you and your organization, please give me a call. I look forward to hearing from you.